First of all: as we will talk about urea, I don’t recommend reading this article if you’re about to eat. I’m not kidding. If you still want to continue reading anyway despite my warning, then I won’t accept any responsibility for possible loss of appetite… 😉

I told you I worked in a pharmacy before, particularly when I was a pharmacy student… Prescriptions kept coming in like crazy, with serious and sometimes complex pathologies… So it was a relief when people came to me for cosmetics advice. Well, eventually, the pharmacy customers started to get to know me and my affinity for creams, and so I soon ended up with more para-pharmacy customers than customers visiting for medication per se, which I should say I didn’t mind at all, on the contrary… 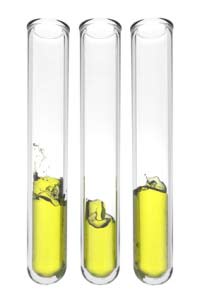 Urea and pee : my story in pharmacy

One of the questions that made the biggest impressions on me was asked by a certain friendly customer that I got along with very well. Of course, if you see each other every Saturday for a year, it’s hard not to get close. She loved to tease me, particularly at first, when I was still just a young, naïve, oblivious pharmacy student… (Oh, the years just fly by, don’t they.)

Before I continue, let’s try to go back to that situation. Let’s go back in time. It’s 2005, early on in April, and this customer addresses me and tells me she heard people mention a cream based on urine?

And I say: yes, that’s right. If you’re looking for a miracle product, a secret ingredient that only certain VIPs know about… try urine. This valuable fluid, the fruit of our innards, contains a multitude of molecules that are effective at rehydrating dry skin and alleviating itching. (Haven’t you ever been stung by a jellyfish, and weren’t you told to use urine on the affected spot?) For those of you who are interested, watch that episode of the Friends series where Monica Geller gets stung by a jellyfish… it’s very informative… and also pretty hilarious.

So, I explained that if she wanted to use her pee, she should collect her precious nectar very early in the morning, but more importantly, she should avoid the first spurt of it (since that can be contaminated by bacteria). And then she’d have to keep her urine in the fridge in order to preserve all of its regenerative qualities, and wait at least six hours before using it… (Another piece of advice: label the bottle. Just to be safe. Someone might mistake it for apple juice.)

After that, she’d just have to pour that amber liquid into a sterile bottle with a sprayer head. And there you go! All done, ready for use as the morning mist. Just vaporise those golden droplets evenly onto your cleanly washed face… taking care of course to keep your eyes and mouth closed. (For obvious reasons.)

I also explained to her that ideally, you should use newborn infants’ urine, which is even more effective. Most young mothers have no idea what wonderful cosmetic treasures they can find in their babies’ nappies… 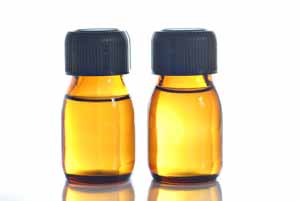 All right, all right, that’s enough torture. Of course I wasn’t being serious, it was an April Fool’s prank that day. Still, I was apparently being so convincing that the further I went with my bizarre explanations, the more interested she seemed to become… I seriously believe she might have actually tried it. (No, don’t worry, I didn’t let her leave the pharmacy without telling her the truth… I am not so mean.)

After I told her I was kidding, we both had an uncontrollable laughing fit, with tears in our eyes… Ah, nothing like a good session of laughing your head off to relax and start off the day.

Jokes aside, though, you should know that in some cultures, the use of urine isn’t as far-fetched as you might think, there are numerous works to be found on the subject of urine therapy… (Well, that’s about actually drinking your pee… yep, I told you not to read this if you’re about to eat. Remember, always listen to the Cosmetist. 😉 )

In certain cultures, urine is used to relieve itching or irritations. That’s completely normal there, it’s just part of their pharmaceutical array. Of course I’m still not going to ask you to preserve your urine in your first aid box or anything. 😉

I can imagine the faces of your friends when you recommend using the nectar of your loins for skin irritations… Instant classic. “Oh, you’re having an itch? What? a histamine antagonist cream? Naaah. Hang on, I’ve got something much better. See this pretty yellow bottle? What, I’m creeping you out? Don’t be ridiculous. What’s in it? Well, it’s urine of course, duh. What do you mean, I’m nuts? You don’t want it? But I made it myself!” 😉 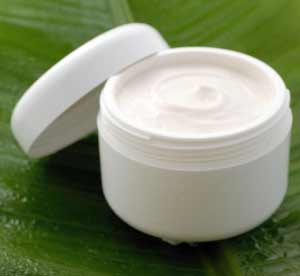 Anyway, urine in cosmetics is nothing new. No, really, I’m not kidding any more. You heard me. The “magical” properties of urine can derive from, among other things, the molecule urea. A molecule found in numerous cosmetics, whose effects have been widely demonstrated. Of course, the urea that’s used is synthetic. (Whew, that’s a relief, isn’t it.) It’s actually a moisturising substance that promotes water retention within the skin. So yes, there’s urea in it, but no, it’s not pee… It’s used mostly for moisturising products for dried-out skin and skin allergies. It’s one of the most effective molecules against dryness, eczema and itching.

INCI name on the label: Urea.

One of the most well-known brands using urea as an active ingredient is Eucerin, which you often see in the pharmacy.

As for using pee to treat jellyfish stings, I’m still having my doubts. It’s not really what I had been taught… but then again, I never tried it. 😉 I’ll bet you’d be laughing so much you would forget the pain… 😉 Anyone with some experience here?

Anyway, next time you hear about cosmetics with urea in them, you’ll know they’re not talking about actual urine. Besides… just try to imagine where they would get their, um, raw materials. How would they collect it? Ok, Send in the girls, line them up in single file, and then just…? I’ve got to stop think about it or I’m going to have another laughing fit .

Personally, I think I’d have trouble using urine, just thinking about putting it on my face makes me feel sick to my stomach. Well, if it worked really well, and if I were really curious, I’d try it… but I wouldn’t tell anyone. You never know who might want to kiss you on the cheek that day… 😉

What about you? Would you try this all-natural beauty treatment to achieve your beauty ideal? Or “haha, no way, are you serious? I like to look good, but there are limits, I’d better keep my dignity…” P.S.: I wrote this article at 3:00 AM because I couldn’t sleep… it’s a product of sleep deprivation. Next time I’ll try a cup of camomile tea and just go to bed… 😉  but before let’s go pee 🙂