In my previous articles, we quickly listed the things that are required to be on cosmetics packaging… If you need me to refresh your memory, it was here and here. But at the same time, there’s no denying that there are brands that do not follow the regulations… Repeat after me, all together now: BOO! BOOOO!! 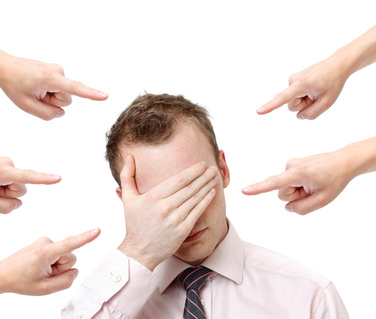 As I told you, these indications fulfil important functions for the protection of the consumer, but also let you know what exactly you’re buying. I’d even go so far as to call it a matter of “informed consent”… it’s indispensable in situations like a surgical operation, a face lift for instance ; the doctor needs to tell you everything about the operation, without leaving out mention of possible risks. Only after you’ve been properly informed, can you properly decide to go through with it or not. In our situation, with cosmetics, it’s more or less the same thing. You need to be properly informed in order to choose accordingly.

But some brands don’t care about details like that. This is the case with certain cosmetics that are sold in the marketplace, with hand-written labels made by sellers who have always sold their products like this and who won’t change their habits.

It may be true that most of the time, the products being sold are raw vegetable oils or balms derives from shea trees, which aren’t the most dangerous products, but beware of rip-offs. It’s so easy to sell mixed oils as if they’re pure.

Others show the INCI list in very tiny print, to discourage consumers from even daring to have a look at it…

It’s all well-intentioned, of course. You shouldn’t think too much, or your wrinkles might show. So these brands are really doing whatever it takes to keep you from thinking, all for the sake of your youthful looks. How nice !!

In all seriousness, the INCI list is the only objective way for you to evaluate a product before you actually try it. When people are trying to sell you rose-based cosmetics and on the INCI list there’s not a single trace of rose to be found… you can give it back to the salesperson and tell them they can try to sell their crap to other people…

In short, you can hold it against these brands that they’re being slack with the regulations… but hey, there’s another side to it too.

No, let’s not be too strict , there are some circumstances……

Yes, there are other ways to look at it, and I should discuss those, too.

The regulations have changed a lot over the past few years and it’s not always that easy for a brand to change their packagings immediately; owing to this reason, they’re given a latency period. It’s not easy to constantly stay up to speed on the rules if you’re a small brand… not to mention the additional costs of implementing changes like that.

The requirement to display more and more things on the packaging doesn’t make things easier either. There’s still only a limited amount of free space on the packaging, and if there needs to be more and more information on there… Brands have no choice but to work with the font size of the given information (within certain limits), giving some indications more weight than others, while keeping the aesthetic aspects in mind. It does still need to look nice though…..

I also mentioned before that many products are sold internationally. Well, the regulations may be different for every country, requiring information elsewhere that isn’t required here. (Although for the record, the cosmetics regulations in France, or in Europe and Japan in general, are among the strictest ones.)

You also can’t forget to put translations on the same packaging… making different packaging for every country is basically financial suicide. You’ll often see two or three different languages on packaging by Lancôme or Estée Lauder, and they don’t do that for nothing. It’s a financial decision.

Well, those two brands may not have much to worry about, but think of the small brands. For them, a matter of money is a matter of survival!

To better understand the problems a brand must face, suppose you have a white wall, two metres high and three metres wide, and you’re given a picture to hang up, you put it in the centre, and they give you three more, and you try your best to hang them all in such a way that it still looks nice… And imagine I make it a bit harder still and give you another two pictures. There’s no room? Really? But you have no choice, you have to do it. It’s cumbersome, isn’t it? It’s like a puzzle you need to solve, but it’s worse than a sudoku on expert level.

So is it okay then, or is it still bad?

So as for the problem of the INCI lists in tiny print, or the missing indications, etcetera: well, that’s not as simple as it seems. But I still believe these requirements are important for the interests and safety of the consumers, who need to distinguish the many products that are offered to them, and I believe the brands should really put in effort in this area.

But before screaming bloody murder, I’d rather leave them the benefit of doubt and investigate in more detail…  the Sherlock Holmes of cosmetics.. cool… don’t you think?

So what do you think ? Do you look at INCI lists often, or is that the least of your worries?